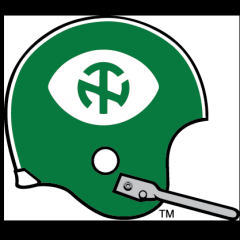 You are receiving down votes because you are the guy who constantly harps on "not settling" and "#oldenton", and is tired of "excuses" for everything that isn't first class and P5 worthy.   Howev

I’ll tell you why it affects me.  My license plate holder is no longer valid.  I have to throw away two sweatshirts, and everything mandarino worked so hard to build from the ground up just got axed i

He ignores you once, so you go back for a second bite? Guess what. It’s all a money grab. That’s what college athletics is at the G5 level. Pretty clear that was his point. But you want to j