Josh Greer in the game and Pick six 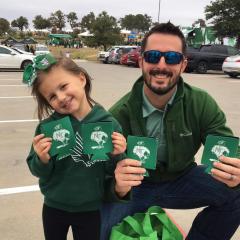 Job offers? Thats pretty good for a JR......Probably to be a DB coach since he teaches the defense how to get the ball at its highest point.

This is somewhat sad as I sent you a PM because I thought it would be better to discuss this in private not on in a public message. However, it was not an angry PM but one just stating I wish you woul

The AD is still here. That is the most important person to replace. Nothing will change under another RV hire. 4 more terrible years dead ahead.