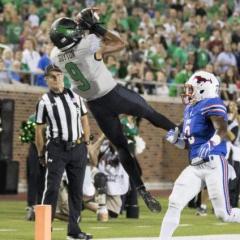 UNT has as many wins in 2018 as TCU/SMU combined