We bought out the wrong contract. 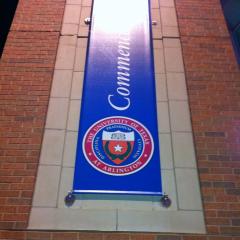 As a Maverick Alum, I am really disappointed. I very much doubt that JJ would ever have backed down from this rivalry. Sure, UTA has "owned" UNT 7 of the last 9 times we've played, but I'm old enoug

I HATE THIS!!! You do not cancel a local game like this...sure...Uta is better than us bunder benford but this is effing stupid to me and sounds like a scared school...