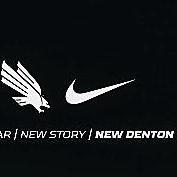 To hell with this train of thought. There's only one thing we can do. Keep pulling for this team and this program to win out and win a conference title. I'm tired of this "I hope we lose so Seth's gon

Nothing has changed.  We saw this same movie last year.  We know how it ends, loss to a lame Mac opponent.

How do it give you a digital middle finger? I don't care what seth wins at this point. Get him out of here!!