You couldn't pay me to live in LA or California, for that matter, due to their political leadership

Maybe it’s just my normal self-protection mode of being a UNT Football fan over the last 30+ years, but I truly have prepared myself for the reality that we will be stuck with SL another season if he 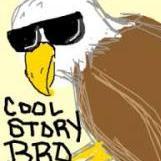 When you have 12+ million to spend each year there is not a better place to live than the LA area.