Help me understand you people... 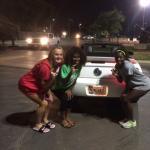