UT and OU to the SEC? 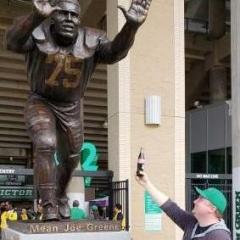 Utsa... I repeat.... Utsa is ahead of us for any organizational shake up. No one is looking at UNT and saying we deserve a shot at something bigger. Sure, a 1 year track record of wins won't change th

Us moving to a new conference will have absolutely zero to do with whether we are currently "hot" in football.  So many other things will weigh more heavily than whether we won 9 games or 4 games the