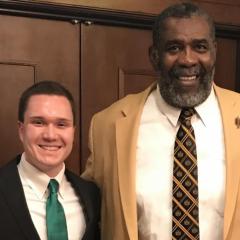 AB got added to the COVID list and may miss the game this weekend. He is vaccinated so there is still a possibility he could play. Also Jaydon Mickens, the Bucs KR, suffered a hip injury last week and