They ought to fire Littrell after the game if they lose this. If they can not afford another HC just pick an assistant for HC next year.  Could it be any worse.

Take Bean's play out of the equation, I'm done with him because of the boo boo face he puts on every time he gets benched.  On that touchdown play that just happened, he went moping back to the b 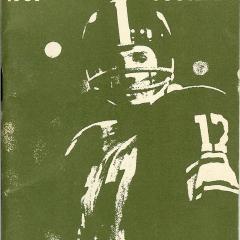 I'm just glad that I have lived long enough to see Steve Ramsey and Mason Fine; and Ronnie Shanklin and Jaelon Darden.