What are you doing with your season tickets? 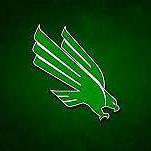 What are you doing with your season tickets?

If anyone votes for refund, I am ashamed and disappointed in you

My points must have really sucked.   They have put me back in the top corner of the wing zone for this season.