Who Should Be The Next Head Coach @UNT 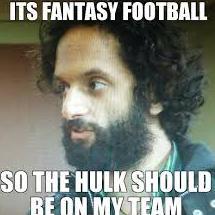 The Portland St. Coach.  That team was in complete disarray last year.  Same situation we were in.  They have NO resources.  None.  Now they have TWO FBS wins this season, and that Wazzu team they bea

Whoever the new AD hires.